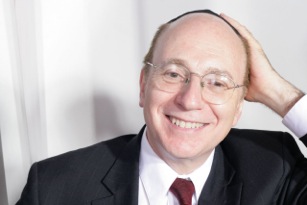 Rabbi Barry Schechter was born in London, England. Following Yeshiva studies at Etz Chaim in London and Gateshead Talmudical Academy he was ordained as a Rabbi. He has master's degrees in economics from Cambridge University and Essex University in England and did graduate work at Northwestern University. Serving Congregation Kol Emeth since 1981, first as Cantor and then Rabbi

Rabbi Schechter has also become well-known for his programs on Jewish humor. These have been given at synagogues in the Chicago area, Milwaukee and New York, as well as Hadassah groups, YIVO, public libraries, the Universities of Chicago, Hartford, Reading (England) and the Jewish organization Gesher in Berlin. His popular Cable TV series Yiddish and Laughter won a Telly Award in 1999.

He has also lectured on the History of Eastern European Jews, Yiddish Language and Dialects, Austrian and German Jewish Refugees in Britain, the Holocaust, and other subjects of Jewish interest.

Rabbi Schechter speaks Yiddish, German, Hebrew, Polish, Russian and French, and has published articles in scholarly journals, as well as in the National Jewish Post and Opinion and the Washington Post.

He has lectured on Beliefs and Practices of Judaism to Catholic groups. 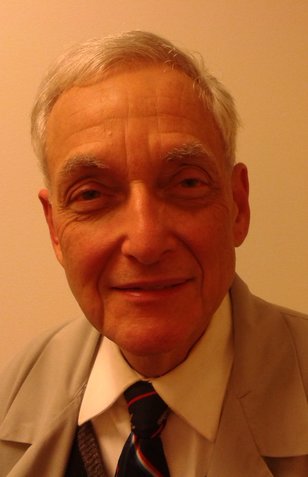 I was born and raised in Detroit the youngest of three sons and a daughter and subsequently attended the University of Michigan Medical School where I graduated in 1966. There I met my first wife, Elaine Sheila Schwartz of Lincolnwood, Illinois. Following a year's internship we went to the U.S. Merchant Marine Academy where I served as an Academy medical officer for my two year service obligation. While in New York our first child Jennifer was born.  In 1969 we migrated to Evanston to begin a three-year residency in Internal Medicine at Evanston Hospital and subsequently entered the practice of Internal Medicine at North Suburban Clinic in Skokie.   Our second child Jonathan was born in 1970 and we remained in Evanston thereafter.

All our lives were afflicted when, in 1982, Elaine developed an incurable neurodegenerative disorder to which she succumbed in April of 1983, just weeks before her son's bar mitzvah.

We persevered and our lives brightened when I was introduced to Ruth Bittner who could not have been a more perfect person to bring wisdom and healing to our bereft family.  We married in 1985 and our son Daniel was born in 1988.

Elaine and I became early members of the Jewish Reconstructionist Synagogue of Evanston where I continued through 1988 when I felt the need for a more traditional religious approach. We joined Mikdosh El Hagro and continued through until the death of our beloved Rabbi Morris Fishman in 2006 and I first encountered Rabbi Schechter who spoke memorably of Rabbi Fishman at his funeral. That brought our family to Congregation Kol Emet where we have remained happily since.

Beyond the above there is little to say.  I remain in full time medical practice.  My two older children have presented us with seven healthy and active grandchildren. I have a number of other life interests too numerous to include here.

Judy grew up in West Rogers Park and then spent 30 years in Los Angeles. While raising her two children she was very active in the Jewish Community in the San Fernando Valley. She spent 20 years on her Sisterhood Board as well as 6 years on the Board of her congregation. Additionally, she was very active in Girl Scouts and one of her passions was the work she did with the National Jewish Committee on Girl Scouting. Judy also spent 4 years as the Operations Administrator for Temple Kol Tikvah in Woodland Hills, CA.

Upon her return to the Chicago area she took the position of Office Manager for Congregation Kol Emeth where she works consistently to bring a love of Judaism and people together with the best ways to solve challenges and develop solutions that are consistent with what is available in 2013 and beyond.